If it was tuned with those settings then leave them, as that is just a multiplier and does not alter the values in the tables themselves.
Top

Well I wanted to reduce them down to 310cc where they should be mainly because of the throttle tip being wacky. Seems like it was tossing too much fuel in whenever there was an abrupt throttle increase. I did this and based on how much I changed the idle area in the map percentage wise I just applied the same percentage change to the entire map making actually more than good enough to drive around on especially with closed loop enabled but will still need some tweaking.

At this point it seems that 310cc is the right size and the dead times from injector-rehab.com do work quite well, I think before when I tried them I wasn't watching the fuel map and realizing that my load index was moving around and not just the system voltage. At this point I can cycle any electrical load while in open loop and the AFR stays dead on without moving around.
Top

Can you post what you dead times were so I can compare them to mine? Since I am using the same exact injectors as well.
Top 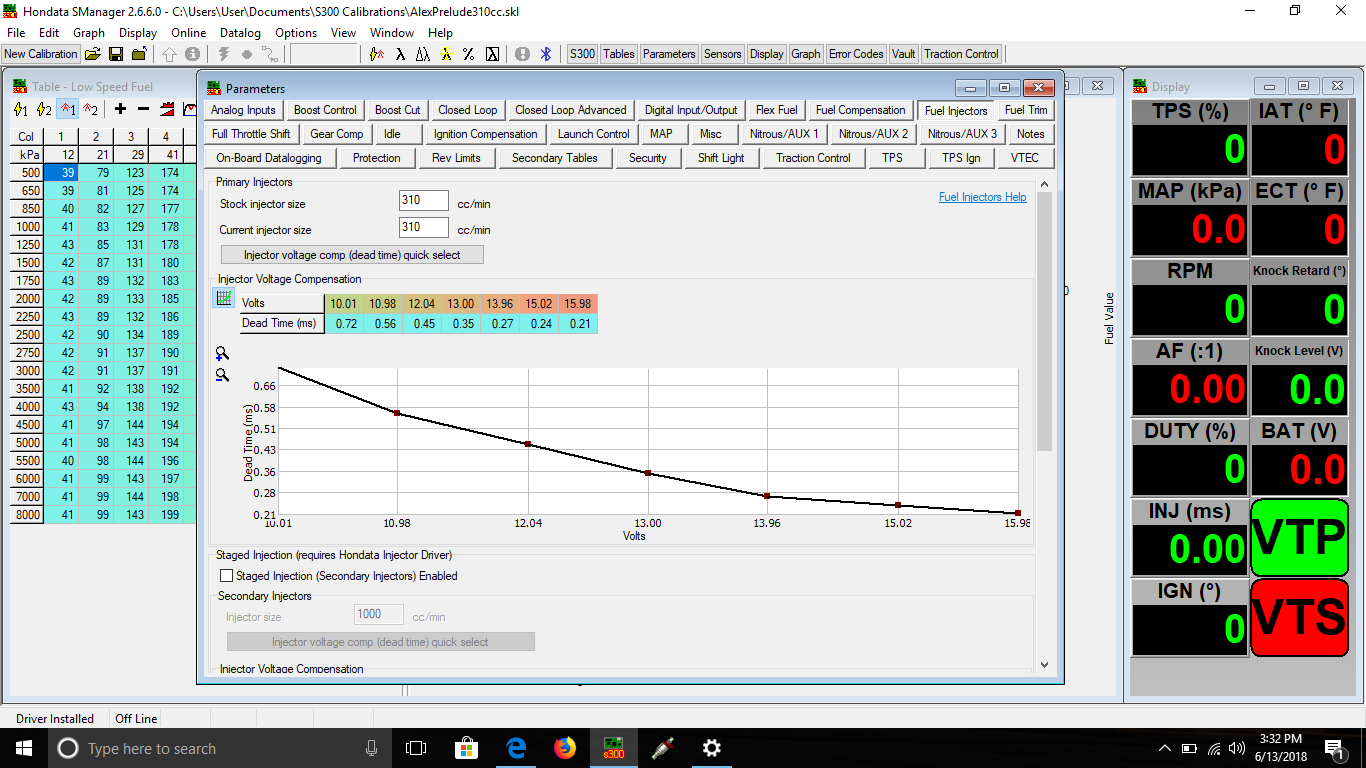 Thanks for the screenshot man!

I will put these dead times in when I get home from work & see how my setup likes it.
Top
Post Reply
20 posts